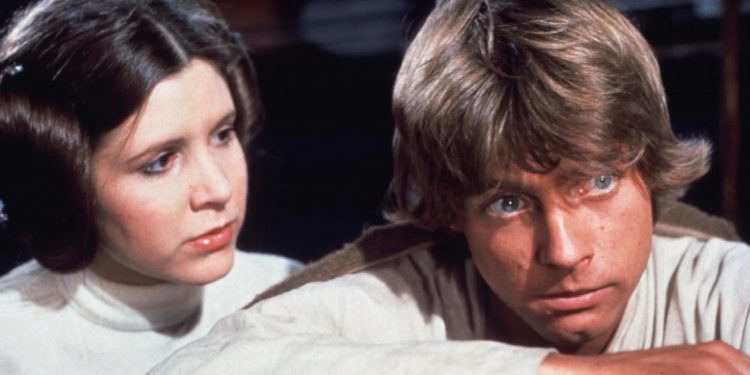 The Skywalker Saga has now released and brought developer Traveller’s Tales brand of reverent comedy with it. Like the minifigure mash-ups before it, the game references all the classic scenes from George Lucas’s mega sci-fi franchise, as well as a fair few jokes that have sprung up around it.

Among those gags is one particularly notable moment that’s become something of a classic meme among Star Wars fans. During an early scene in the Lego Star Wars: The Skywalker Saga, Obi-Wan gives a young Lego Luke his father’s old lightsaber. He takes the weapon in hand, studies it a while, before cheerily pointing it directly at his face, as if he wants to accidentally ignite the face-melting blade directly through his eyeball.

Luke’s deathly naivety has become a joke in Star Wars circles. But as The Hollywood Reporter points out, it’s doubly funny because Luke Skywalker actor Mark Hamill has previously singled out the meme to say just how much he dislikes it.

“This makes me cringe every time I see it,” he said on Twitter about the meme last year.

“I don’t remember doing this in the movie. I think it’s just an on-set production still, otherwise Obi-Wan wouldn’t look so remarkably unconcerned.”

This makes me cringe every time I see it. 😳😩I don’t remember doing this in the movie. I think it’s just an on-set production still, otherwise Obi-Wan wouldn’t look so remarkably unconcerned. 🙄 https://t.co/WXH4Ng0OzXMarch 8, 2021

That’s not a half bad reason for disliking it. Watch the original scene and you’ll see Luke doesn’t, in fact, angle the lightsaber at his face. Instead, he almost immediately ignites it and starts swishing it around. Not exactly a sensible thing to do with what he’s just been told is “an elegant weapon”, but it’s better than slicing his face off.

Mark Hamill might be a tad annoyed if he were to ever play Lego Star Wars: The Skywalker Saga, but we reckon the inclusion of the errant joke is in the spirit of the wider Star Wars mythos. Plus, it makes a lot more sense than the indestructible Lego children that players are using to cheese the game.

If you want to get in the brick-building mood, check out our list of every playable minifig in The Skywalker Saga you can collect.