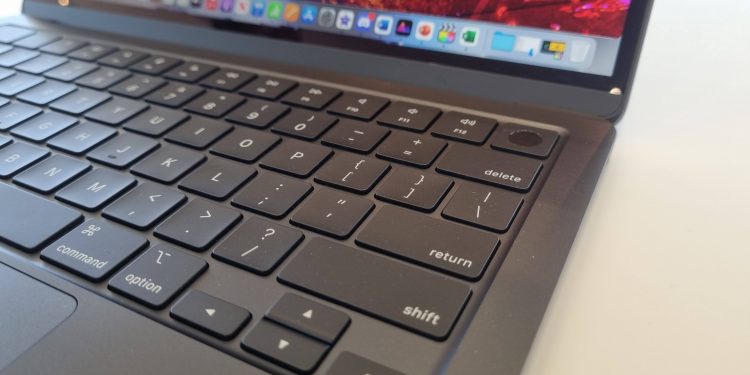 Apple’s M2 MacBook Air is now up for pre-order, and we’d previously predicted a rush to buy the new laptop – and that has seemingly proved to be the case.

Indeed, with pre-orders having only been open for a couple of hours, we’re seeing some of the redesigned MacBook Air models already having their ship dates pushed back to 2-3 weeks, or even further in some cases.

Apple announced the M2 MacBook Air as shipping starting on July 15, but currently in the US, if you want the entry-level and higher-end (with 10-core GPU) laptops in the midnight color, then you’ll be waiting for 1-2 weeks for it to ship (maybe until July 29).

The same is true for the entry-level MacBook Air in starlight or silver. If you want the higher-end silver Air, however, you’re looking at a 2-3 week wait. The other models we’ve not mentioned are showing as shipping on July 14, actually a day earlier than announced.

However, matters get more complex if you want to apply upgrades to RAM or storage, with additional delays in most cases. Any of the midnight, starlight or space gray colors which are set to ship on July 14 have their shipping dates pushed back to 1-2 weeks if you apply any upgrades to either system memory or the SSD. And for models which are 1-2 weeks by default, upgrading will push this back further to 2-3 weeks.

The exception is the silver MacBook Air – you can upgrade the entry-level model and the ship date stays the same, no matter how much RAM or storage you want. Interestingly, for the higher-end silver Air, upgrading any of those components reduces the wait for shipping from 2-3 weeks, down to 1-2 weeks. This is the only case where upgrading has a positive result on your waiting time, mind (and remember, all of this is true as we write this – but could change as more pre-orders roll in).

In the UK, we’re seeing both the entry-level and higher-end models in the midnight color being delayed to ship from August 2 to August 9, and the silver colored models will ship between July 19 and July 26, while the other colors are still pegged at July 15.

But again, if you want to upgrade the RAM or storage, that pushes things back to July 25 to August 1, save for the entry-level space gray MacBook Air, which you can upgrade with no change being made to the expected July 15 ship date.

The only other exception is the midnight models which when upgraded, actually ship a day earlier, from August 1 to August 8. (Again, though, there’s another difference here if you happen to go for the 16GB/1TB higher-end midnight Air, which has the longest delay of all, not shipping until August 9 to August 16 – ouch).

Analysis: Apple is not the only retailer…

As mentioned, we guessed that there might be a rush for certain models, and this is before we even know if the M2 MacBook Air entry-level version with the base amount of storage suffers from the same SSD design issue as the M2-toting MacBook Pro.

So while this is no surprise – particularly given the chatter around MacBook production issues in recent times, and the wait for the redesigned MacBook Air to go on pre-order, after it was revealed at WWDC a month ago now – it’s perhaps a bit of an eye-opener that some models have been pushed out so far, so very quickly.

All of this suggests that if you want a MacBook Air with M2 chip, and want the laptop to arrive in a timely manner, it’s probably worth staking your claim to a notebook now. Of course, you don’t have to order direct from Apple, and to that end, we’ve put together a roundup of top retailers to pre-order from, where you might still be able to grab a model with more troublesome delivery timing, at an earlier ship date.