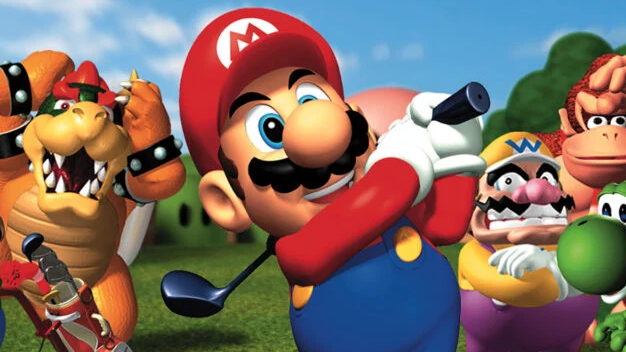 The next Nintendo 64 game to be added to the Nintendo Switch Online’s premium Expansion Pack tier is sports classic Mario Golf.

Revealed by Nintendo in a tweet, the much-loved sport will arrive on the Nintendo Switch’s subscription service on April 15.

Released back in 1999, Mario Golf was the first entry in the plumber’s golfing series and is generally considered to be a solid sports game despite its cast of platforming characters. While other sports games have previously featured Nintendo’s main mascot, including 1995’s Mario Tennis, this was the first to resemble a modern Mario sports game.

It must have done something right as the series is still going today, with Mario Golf: Super Rush releasing only last year.

Get into the swing! ⛳Tee off with Mario and friends when Mario Golf comes to #NintendoSwitch for #NintendoSwitchOnline + Expansion Pack members on 4/15. #Nintendo64 pic.twitter.com/bB4ujaj59FApril 7, 2022

Mario Golf will join F-Zero, which was added to the Nintendo Switch Online Expansion Pack last month, and The Legend of Zelda: Majora’s Mask, which joined the month before that.

After it’s added this April, the total number of N64 games included in the subscription platform will sit at 14, and include classics like The Legend of Zelda: Ocarina of Time, Banjo-Kazooie, and Super Mario 64.

Pokémon Snap and Kirby 64: The Crystal Shards are also due to be added sometime down the line.

To play them, you’ll need to take out a subscription for the service. Alongside netting you the N64 games, you’ll also get access to a bunch of Sega Genesis and Mega Drive titles to dig into, on top of the NES and SNES games that come with the standard Switch Online subscription.

Need to Know: The stock market is behaving a lot like it did during the Iraq War. Here’s the future if the pattern continues.