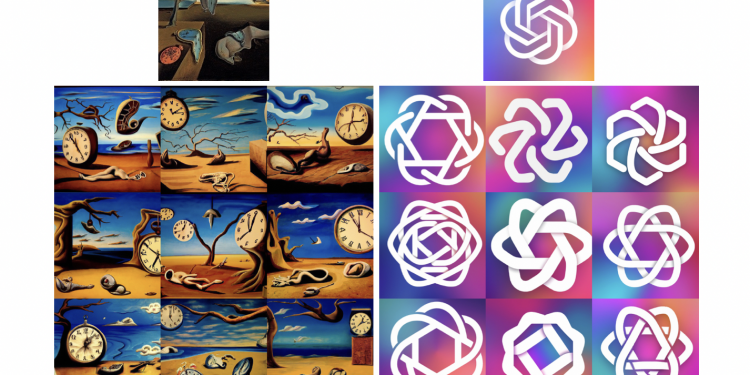 OpenAI, the AI research startup, has announced DALL·E 2, an update to its text-to-image generator that looks like a serious step forward.

In essence, DALL·E 2 can create art from a natural language input, such as: “a painting of a fox sitting in a field at sunrise in the style of Claude Monet”. OpenAI says the goal is to create “original, realistic images and art” that can “combine concepts, attributes, and styles”.

It’s a seriously impressive feat for a company that has been plugging away at various AI initiatives, including GPT-3, which can generate pretty remarkable prose.

OpenAI’s accompanying research paper goes into a lot more detail on how DALL·E 2 works. Using the CLIP contrastive models, DALL·E 2 runs in two stages: the first creates a CLIP image embed with a text caption and the second generates an image based on that.

The results are highly impressive and could have big ramifications for the art and graphic design industry, especially for video game studios, which currently employ designers to painstakingly construct worlds and concept designs.

DALL·E 2 builds on the work OpenAI did with DALL·E 1, which was announced in January 2021. The name is a combination of Salvador Dalí and WALL·E.

OpenAI is one of the most exciting startups working in the AI space at the moment.

Founded in 2015 by Elon Musk, Sam Altman, Ilya Sutskever and others, the goal is to produce a “friendly AI” that benefits humanity as a whole. The startup, which is a non-profit, competes with Alphabet’s DeepMind.

> Microsoft, OpenAI may have solved a fundamental AI bottleneck

> Microsoft to invest $1 billion in OpenAI

DALL·E 2 is a really great example of this work in practice, pushing the boundaries of what’s possible when it comes to generating images using AI. The service can even edit existing images to a user’s specification.

There is, of course, a long way to go. The researchers noted that its CLIP foundations can easily be fooled by labelling one item as another. But over time, these kinks will be worked out and improved upon.