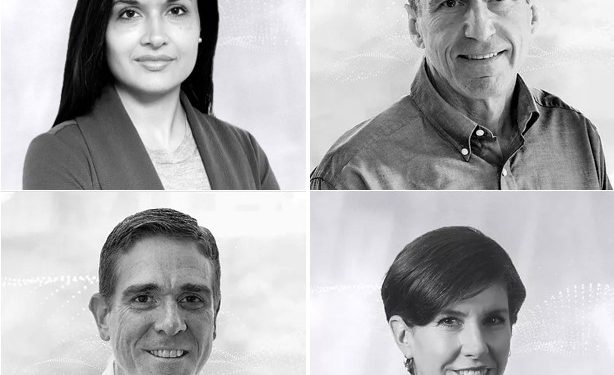 The venture capital firm Evok Innovations this week announced that it has raised $150 million a $300 million fund to invest in clean-tech in North America. The Vancouver, B.C. firm launched in 2016 and previously raised an inaugural fund totaling $100 million Canadian dollars.

The firm’s second fund includes “significant participation” by Export Development Canada, the Royal Bank of Canada and the Toronto-Dominion Bank, as well as founding partners and petroleum companies Suncor Energy and Cenovus Energy. The third founding partner is BC Cleantech CEO Alliance.

Evok Innovations has previously funded 16 startups, including Twelve, which turns carbon dioxide into chemicals and fuel; Ekona Power and Syzygy Plasmonics, which are developing technologies for hydrogen fuel production; and multiple companies that provide technology for petroleum and other industrial sectors.

The team’s four partners are split between the U.S. and Canada, hailing from Seattle, Silicon Valley, Vancouver and Toronto.

Naynika Chaubey, Evok Innovations’ Seattle-based partner, joined the team in November. She has previously managed portfolios of deep tech, clean power and infrastructure investments for two organizations. Chaubey was also on the founding team of two startups, one in solar project development and another in finance.

We caught up with her to learn more about the firm and new fund. Our interview has been edited for clarity and length.

Chaubey: I think there was a bifurcation on impact versus return. We have successfully married those two. We’re able to deliver top quartile returns within the clean tech space while having this impact. That, I think, is new.

We intend to not just continue with that in fund two, but also broaden the scope. Fund II will invest in everything from carbon capture to low-carbon fuels, clean energy, grid innovations, mobility, industrial innovation, materials and circularity. It is a fairly broad lens and we plan on backing the most talented founders who have a really deep understanding of product-market fit.

GW: Looking at startups backed in the first fund, they didn’t strike me as necessarily clean tech. Many are aligned with oil and gas production. Are you moving into a different space with fund II?

Chaubey: Evok’s mission is to accelerate the transition to [carbon] net zero. And legacy industries, which of course include oil and gas, and also include steel and cement and mining, these are all really critical components of civilization, of how we move, how we eat, how we live. And it’s just as important to accelerate decarbonizing those sectors as it is to invest into the new products and new systems.

And many of the technologies we invest in, such as carbon capture and hydrogen, these cut across many different industries. It’s not just specific to oil and gas or chemicals. Hydrogen cuts across a whole swathe of industries. This is broadly industrial decarbonization.

GW: What stage startups are you investing in?

Chaubey: We intend on entering at the Series A stage. Typically what this means is the company has figured out the science, and de-risked the science, and is now looking to scale up its product. That is a really perfect fit for us because as a team we have the ability to leverage our own industry knowledge and operational expertise. We’ve all been founders and operators ourselves, so we understand the challenges and opportunities that the founders will face.

We can join those boards and offer real-world solutions to the challenges in engineering and commercial challenges that founders are going to face. We can also provide portfolio companies the opportunity to source growth capital through our LP base and the broad network of co-investors that we have.

GW: What do you look for in a startup?

Chaubey: Obviously, we look at the team. Often, even with an excellent technology, the team can really be the determinant of success — the experience of the founding team, either in having founded another company in a similar space or faced similar challenges in a large corporation running a business unit.

How has the founding team thought about the economics in whatever market they’re in? Who is the competition? What is the size of the market that they’re dropping into? And crucially, is there product-market fit? You’ll hear me say it many, many times, product-market fit matters enormously.

We also look, frankly, at diversity on the team. How balanced is the team? Is the team open to being challenged and considering different viewpoints, different hurdles that they might face and paths to solve? I think diversity can cut across many different things, and so we look at that.

GW: Circling back around to the fossil fuel question, this new fund is billed as a clean tech fund. How do you reconcile that with support for fossil fuel aligned startups?

Chaubey: Fund II is different than fund I. The LP (limited partner) base is different. We don’t intend to invest in any technologies that promote fossil fuel extraction. I want to be super, super clear about that. We may invest in electro fuels, low-carbon [fuels]. Things like hydrogen, or hydrocarbons generated from hydrogen [using power] from solar and wind, for example, or next-gen biofuels, liquid fuels derived out of CO2. We may make some of those investments. We have a couple of those in the portfolio. But there will be nothing that enables hydrocarbon extraction from the ground.

Editor’s note: This story has been updated to correct that the firm has raised $150 million of a $300 million fund.