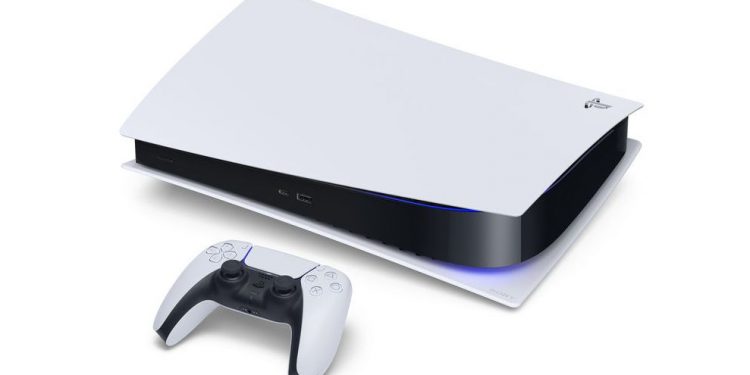 For the longest time, I resisted upgrading my trusty PS4 for a PS5, though admittedly this was not entirely by choice, given the ongoing global chip shortage.

However, now that I’ve finally managed to beat the PS5 restock game thanks to a great bundle deal from mobile provider EE, I can confidently say that the console’s best feature isn’t the DualSense controller or 3D audio – it’s the PS5’s 825GB solid-state drive (SSD).

Despite the obvious leap in graphics and performance compared to the PS4, the PS5’s SSD fixed my biggest problem with console gaming by practically eliminating the time spent waiting for games to load and software updates to install. I’ve found that to be invaluable. As visually impressive as some of the best PS5 games may be – namely recent releases such as Gran Turismo 7 – my time is simply more precious.

Many things make the PS5 such a sought-after product: armed with an eight-core Zen 2-based CPU and RDNA 2 GPU, Sony’s new-gen hardware can make every fresh gaming release look impressive and, in some cases, even difficult to distinguish from real life. However, the PS5 SSD is a significant technological advancement in itself.

To put this in perspective, the PS5 comes equipped with a custom PCIe 4.0 SSD capable of delivering uncompressed data to the CPU and GPU with a speed of up to 5.5GB per second. This is roughly 100 times faster than what the PS4 could output at a mere 50-100MB per second.

These technical specifications make the PS5 SSD the biggest quality of life improvement the console has to offer. Even with graphically intensive Triple-A titles such Marvel’s Spider-Man: Miles Morales, boot speeds are so blazingly fast that it takes mere seconds to go from your PS5 menu to web-slinging across the New York skyline.

Interestingly, while Xbox Series X also includes an SSD in its kit, PlayStation’s seems to be more powerful – so much so that Epic Games’ had to rewrite parts of Unreal Engine to cope with the PS5’s faster loading speeds.

Epic Games isn’t the only developer to make changes to accommodate the PS5’s new SSD. Horizon Forbidden West game director Mathijs de Jonge recently mentioned that the PS5 cuts down on in-game loading times so much that the developers had to “artificially slow them down so gamers [didn’t] get disoriented.

The PS5 SSD is also well-equipped to save you the trouble of sitting through lengthy software updates, giving you more time to enjoy the actual gaming part of gaming. Personally, as much as I loved my PS4, it was easy to lose count of how much gaming time I lost to downloads and installations. As someone who regularly works upwards of 55 hours a week, it can be challenging to find sufficient time for video games as it is.

It’s possible to circumvent update times with better planning or by enabling your PS4 to download and install software patches automatically. However, in my experience, the latter option has proven to be unreliable as I often find myself having to update my console manually to be able to connect to PlayStation’s online services. A quick Internet search shows that this seems to be a prevalent issue.

Since I picked up the PS5, I’ve had occasions where I picked up a game on sale from PlayStation’s digital store and was able to install and play it within minutes. Previously, my old-man PS4 would take at least 65 minutes to download and install a roughly 80GB game like Horizon Forbidden West, even while connected to my 1GB fiber optic broadband using an ethernet cord. Now, I can knock this out in about 15 minutes, thanks to my PS5.

SSDs are by no means new. They’ve been around for over 30 years and displaced hard disk drives (HDDs) as the data storage of choice on higher-end desktop computers and laptops over ten years ago. Even Apple adopted them as part of its MacBook Air range way back in 2008.

Gaming consoles have only just caught up, with Sony and Microsoft including SSDs as part of their new generation of hardware. But as I’ve outlined above, this relatively simple upgrade is one of the most critical steps forward in recent console gaming history.

If you’re still not convinced, look at it this way: Sony has just announced its upcoming relaunch of PlayStation Plus to reposition the service as an Xbox Game Pass competitor, due to arrive in June. And when this happens, the PS5 SSD will show its strength, considering how regularly users will need to download and install new games.

The PS5’s 825GB of storage can still fill up pretty quickly with massive games like Destiny 2, Hitman 3 and FIFA 22. So you may want to consider installing one of the best SSD for PS5; it’s far easier than it looks.

Google Docs will now practically do your writing for you

Google Docs will now practically do your writing for you

The rights and wrongs of investing in natural gas

The disturbing new relevance of theories of nuclear deterrence