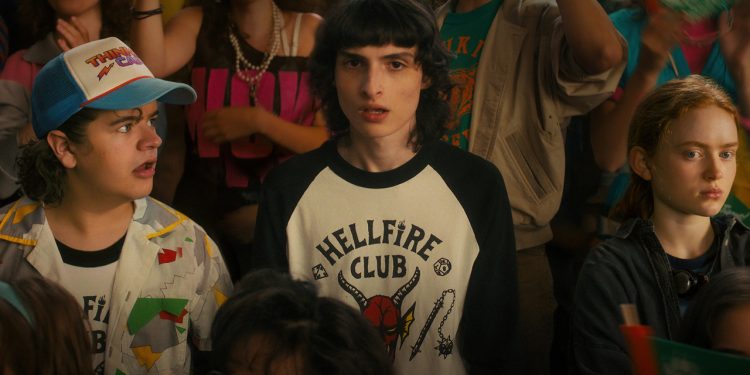 The official Stranger Things 4 trailer has landed online – and, based on what’s on show, the hit Netflix show’s latest instalment has absolutely been worth the near three-year wait.

Following the recent 24-hour Creel Clock livestream, which teased the trailer’s arrival before Netflix confirmed it would debut today (Tuesday, April 12), we’ve finally been given our best look yet at Stranger Things season 4.

Unsurprisingly, there’s a lot to unpack from the Netflix show’s latest teaser. And, while we could discuss the sheer amount of jaw-dropping trailer moments, we think it’s best if you experience (and enjoy) the three-minute long video before we spoil too much. Once you’ve watched it, be sure to check out our trailer breakdown, too.

So, what are you waiting for? Check out the Stranger Things 4 trailer below:

See? We told you that there was plenty to look at (and theorize about) in the trailer. There’s so much on show, in fact, that we’d be here all day just listing everything we’ve just seen.

How about that staggering moment where Max appears to have superpowers like Eleven? Or that Doctor Sam Owens tells Eleven that humanity will lose the fight with the Upside Down without her powers? Or that Hopper leads a last stand against a ravenous Demogorgon, which seems to break out of its containment unit in the prison that Hopper and his fellow inmates are trapped in?

All of that’s before we even get onto everything that happens in the Upside Down itself. It seems that Steve, Nancy and company travel to the other side (so to speak) to get to the bottom of, well, whatever the Upside Down is throwing at them now.

Not only that, but we see newcomer Eddie Munson shredding his guitar on top of a building in the Upside Down, plenty of action sequences (and shots of people screaming in horror or despair), and the reveal of a new, Demogorgon-looking humanoid creature, who may be the sole reason why the Upside Down exists.

We imagine, then, that you have lots of questions about Stranger Things 4. Unfortunately, we don’t have any answers. What we can provide you with, though, is a batch of new first-look images (courtesy of Netflix) for you to take stock of. Check them out below:

What’s got Dustin and Mike looking so dumbfounded? And why doesn’t Max seemingly care? (Image credit: Netflix)Image 3 of 12

Max visiting Billy’s grave in Stranger Things 4 is sure to make us shed a tear or two. (Image credit: Netflxi)Image 5 of 12

This has to be a flashback to Eleven’s time at Hawkins National Laboratory, right? (Image credit: Netflix)Image 6 of 12

Something wicked this way comes… (Image credit: Netflix)Image 7 of 12

It wouldn’t be a new season of Stranger Things without a Joyce Byers phone call scene. (Image credit: Netflix)Image 8 of 12

Wait – does Max have superpowers too!? (Image credit: Netflix)Image 9 of 12

Is this Doctor Martin Brenner after he’s attacked by the Demogorgon in season 1? (Image credit: Netflix)Image 10 of 12

It seems that there’ll be some time for fun and games in Stranger Things 4. (Image credit: Netflix)Image 11 of 12

The boys are back – and heading to High School in season 4. (Image credit: Netflix)Image 12 of 12

Who are Mike, Jonathan, and Will talking to here? (Image credit: Netflix)

If you haven’t stayed up to date on the latest news surrounding Stranger Things 4 – and why wouldn’t you? – you might have missed that all-important plot synopsis. If you did, or simply want a refresher, here’s how Netflix describes the forthcoming season:

“It’s been six months since the Battle of Starcourt, which brought terror and destruction to Hawkins,” the synopsis reads. “Struggling with the aftermath, our group of friends are separated for the first time – and navigating the complexities of high school hasn’t made things any easier. In this most vulnerable time, a new and horrifying supernatural threat surfaces, presenting a gruesome mystery that, if solved, might finally put an end to the horrors of the Upside Down.”

Additionally, the Duffer brothers – aka Stranger Things’ creators – recently told Deadline that the show’s next instalment will be their “Game of Thrones season” due to its multi-location narrative, hour-long episodes, and unexpected twists and turns. Suffice to say, then, Stranger Things 4 is ready to blow our socks off – and we can’t wait.

For more Stranger Things 4 content, check out when the latest season is actually set, plus what we want to see season 4 tackle from character, plot, and thematic perspectives. And, if you’re looking for shows that are similarly styled to Stranger Things, here are our five picks for shows that’ll be right up your alley.