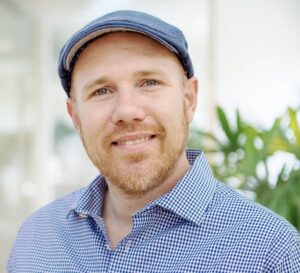 — Jason Vogrinec joined Lyft as head of engineering, moving from Microsoft, where he was vice president of engineering for Microsoft Teams and led a 500-person group.

Prior to Microsoft, Vogrinec worked for 13 years at Amazon, most recently as engineering general manager for AWS Datacenter & Regional Networks. At Lyft, he will be based in Seattle.

— Greg Twinney is now CEO of General Fusion. He was previously as CFO for the Vancouver, B.C.-based clean energy company. Prior to joining General Fusion, Twinney was COO and CFO of social media management company Hootsuite, and an executive VP at real estate technology platform Real Matters.

Twinney replaces Christofer Mowry, who resigned after more than five years as CEO and led the company through development and siting of a fusion energy plant. General Fusion raised $130 million last November, bringing its total funding to about $300 million.

Other personnel changes across the Pacific Northwest tech industry:

The Upcycler: How to save up to 50% on your grocery bill and reduce food waste