Ever sat down to watch a long movie in the cinema, broken into a cold sweat fearing you may need to use the toilet at a crucial moment, and missed one of the greatest big screen scenes of all time?

That time is upon you again – The Batman is almost three hours long (post-credits and other bits included), and jam packed full of action. When can the weak-bladdered among us safely pop to the toilet, without missing a scene where Batman (Robert Pattinson) beats down on the Penguin (Colin Farrell) or the Piddler Riddler (Paul Dano)? Or does something cool with the Batmobile? Or says “I’m Batman?” – read “I’m Vengeance”, in this case – in a cool, gruff, meme-worthy voice?

We’ve seen it, and, as our full The Batman review proves, we loved it. And, armed with that knowledge in our heads, we also know when it’s safe to sneak off to relieve yourself.

No jokes, no riddles, no… penguins? Here’s when to take a break during The Batman. 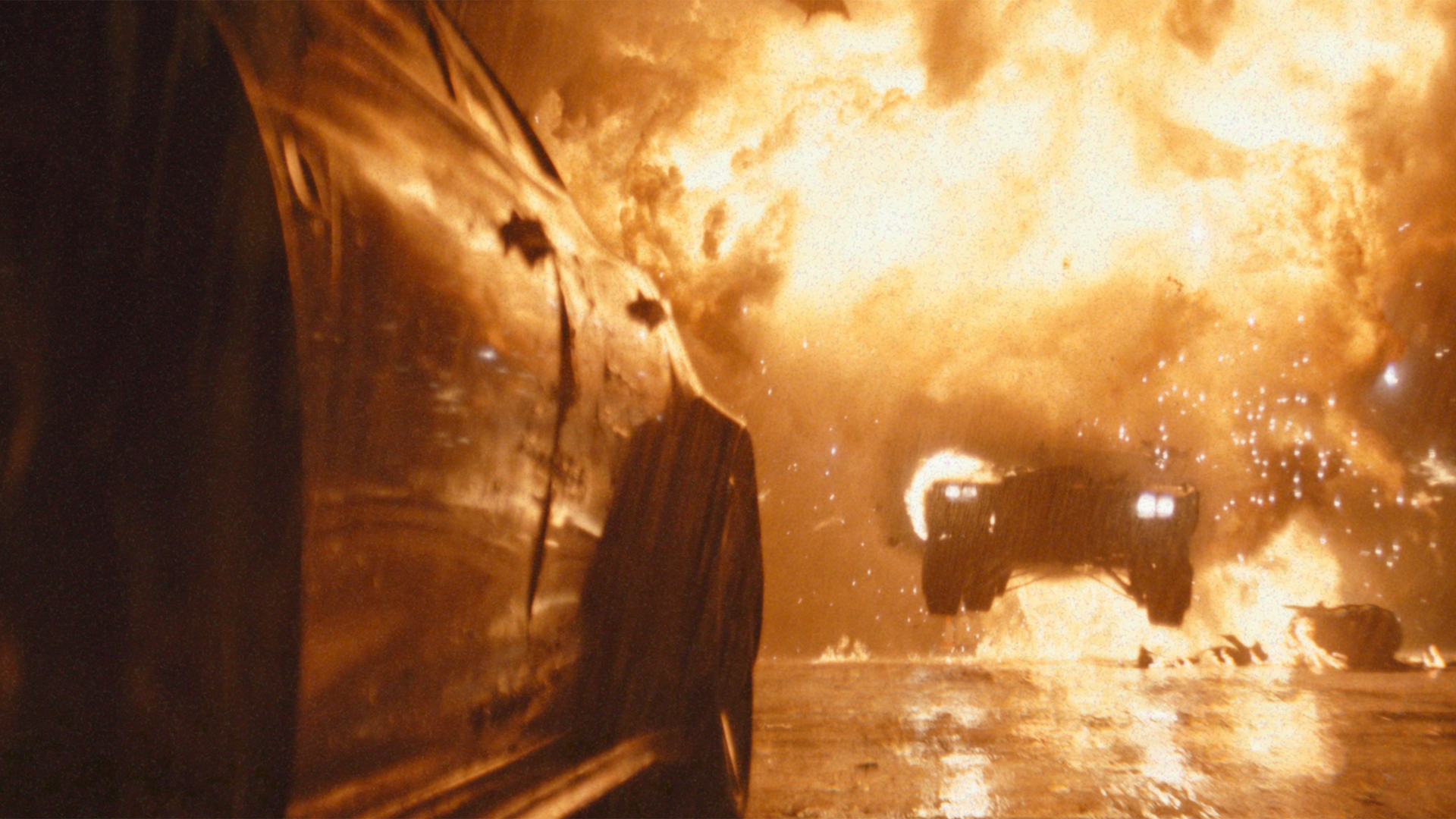 Get ready for an epic Batmobile chase sequence in The Batman. (Image credit: Warner Bros.)

There are two main opportunities for a break during The Batman – quite nicely spaced out, too – around the 45-minute mark and 1 hour 20 mark. Neither have moments that include key plot points and, although you may miss a very cool car chase scene, you’ll otherwise have a good window of opportunity to relax and relieve for a few minutes before racing back to your seat.

So what are you looking out for? At the 45-minute mark, there’s a scene where Batman gives Selina Kyle (Zoë Kravitz) some high-tech contact lenses and an earpiece as the duo begin to properly investigate the Riddler and his cronies. The scene that immediately follows is essentially some filler on Gotham life, and you won’t miss anything crucial for a few minutes afterwards.

The second moment, about 80 minutes in, is before a big car chase that you’ve seen clips of if you’ve seen The Batman trailer. You’ll hear the Penguin (Colin Farrell) call out to his pal Kenzi to ‘grab the money’ – and that’s your cue to dash.

The following scene is cool – it’s sublime, in fact, with a stellar highway car chase sequence that sees Batman pursing Oswald Cobblepot in his souped-up Batmobile muscle car. There’s tons of great, high-octane action to be had here, so you may wonder why it’s a great point to actually nip to the toilet.

Well, it goes on for several minutes, and there’s no major plot points involved. Of course, you’re here to see Batman for big action scenes, but this is a lengthy one. It’s ridiculously cool to look at, but nothing much happens except for some dangerous driving and explosions. Just make sure you’re back in your seat for the scene that follows, as it’s pretty amusing and digs deeper into the Riddler’s masterplan, the burgeoning work relationship between Batman and Jim Gordon (Jeffrey Wright), and more.

There’s an app for that? 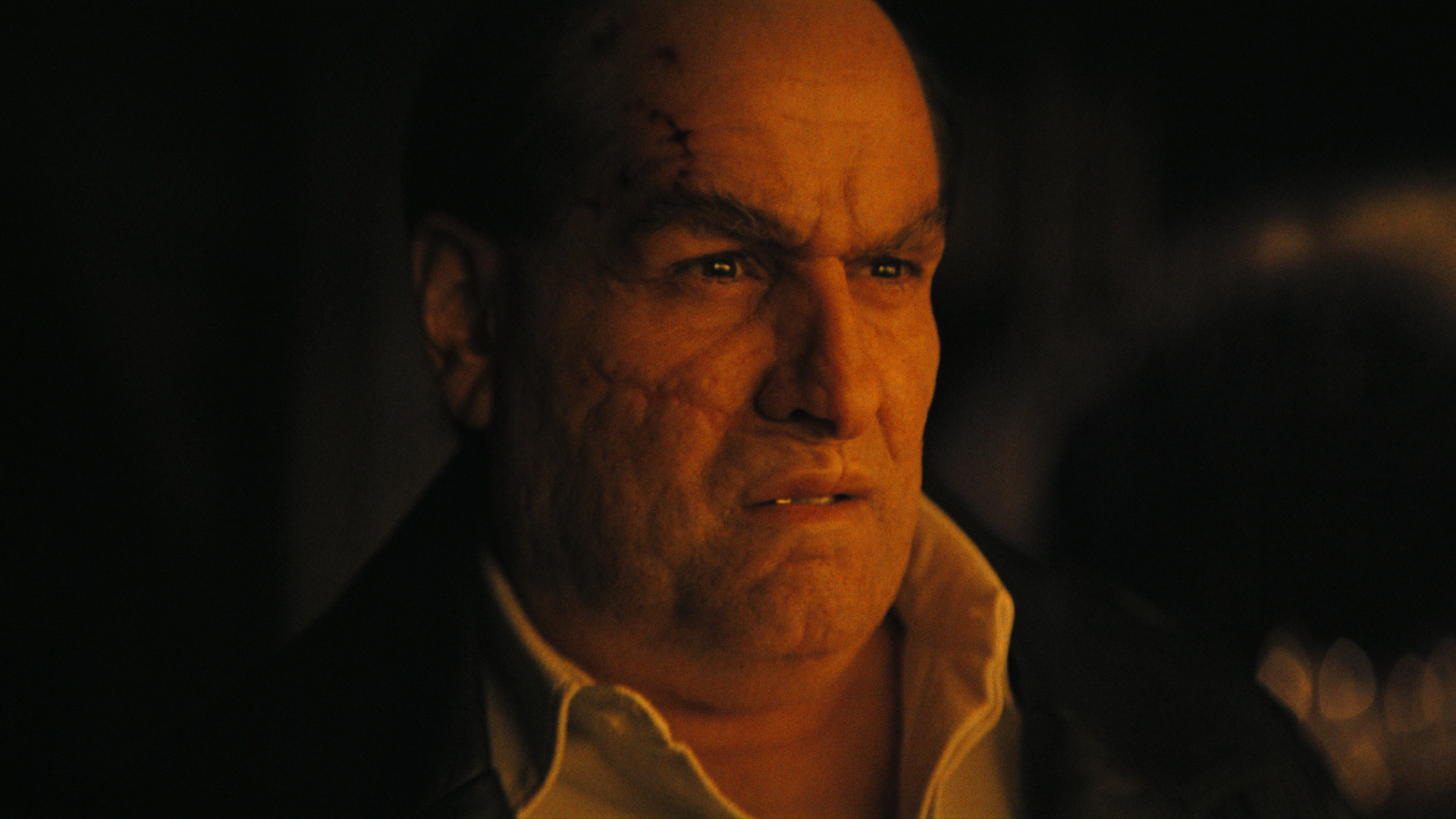 If needing a toilet break is something that stresses you out regularly when heading to the theater, you’ll be pleased to hear that there’s an app that can help you out for that.

We recommend the RunPee app (iOS / Android). Free with some optional in-app purchases (all the content can be unlocked by watching adverts at your leisure), it gives you a run down of when you can head to the nearest stall without the fear of missing anything vitally important. Well, from a plot perspective, anyway. It even has a discreet timer that you can set off at the start of a movie, which will notify you when the perfect toilet-break opportunity is about to present itself.

While you’re wondering if there’s a zipper in the Batsuit, give it a go!

For more content based around The Batman, check out director Matt Reeves’ thoughts on how the film honors an iconic horror visionary. And, while you’re here, read up on what Colin Farrell says we can expect from his Penguin TV spin-off, which will come to HBO Max soon. Finally, here’s where we think The Batman ranks alongside its live-action contemporaries.

The Wall Street Journal: Vice President Kamala Harris will travel to Poland and Romania next week

The Wall Street Journal: Vice President Kamala Harris will travel to Poland and Romania next week