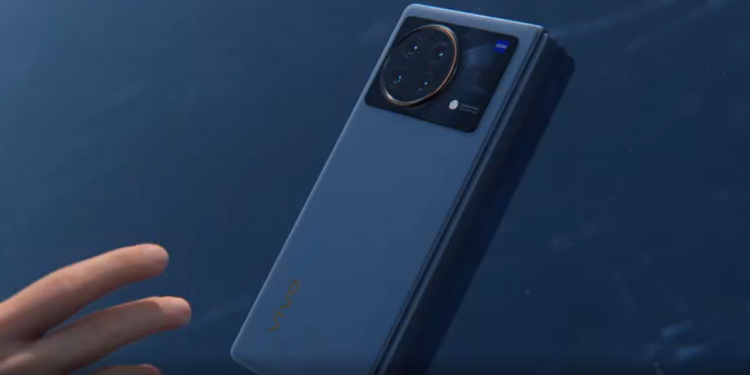 The Samsung Galaxy Z Fold 3 is currently the heavyweight foldable phone to beat, and when it’s succeeded by the Z Fold 4, that’ll likely take top spot on our list of the best foldable phones – but Vivo is likely the next company to try and worm its way in.

The Vivo X Fold is launching on April 11, and we know this because the company has been heavily teasing the phone – in fact, it’s posted two videos of the upcoming foldable on Chinese social media network Weibo, which you can find here and here.

The first video, which was posted earliest, shows the phone’s outer display, and ends with the thing starting to open. As well as a volume rocker and power button, we can see something that looks like an alert slider, so it’s possible the phone will get one of them.

The second video is the most revealing, showing the phone from loads of angles – well, except for the one angle that would show if there’s definitely a volume rocker or not.

We can see very clearly that this is an outwards-folding book-style foldable, like Samsung’s Z Folds, with a very large inner screen and a circular camera bump housing four lenses.

Something else is also apparent too: this is a very good-looking foldable phone.

If you spend lots of money on a smartphone, you can generally expect a good-looking phone, with chic designs and premium materials used for top-end phones…

… that is, except for foldables. Despite them often costing lots of money, they can often look pretty plain (other than the fact they fold, obviously).

The Vivo X Fold looks different though. The video shows a good-looking two-tone blue-and-black mobile with some shiny highlights, and it’s also clear that the back is clad either in leather or faux-leather (an alternative that isn’t made from animals).

Faux-leather feels great to the touch, a fact Vivo is evidently keen to emphasize given the slow shot of a finger stroking the X Fold’s rear.

So the Vivo X Fold could have a much more attractive design than we’ve seen other foldable phones use, eschewing the glass or plastic rear for a premium-feeling material and using a smart application of color to make the handset stand out.

Not everyone cares about how a phone looks – to some, they’re just functional devices for communication, gaming or photography. But if you’re paying ‘foldable phone money’ – or a high price – you expect an attractive handset.

Of course, this is all based on the teaser, which is meant to build excitement for a phone, so we might find the mobile disappointing in real life – or, more likely, it might never reach our shores, because Vivo reveals lots of phones that only launch in its home country of China.

We’ll have to wait for April 11 to find out more.

iPhones could soon be a lot less desirable to thieves