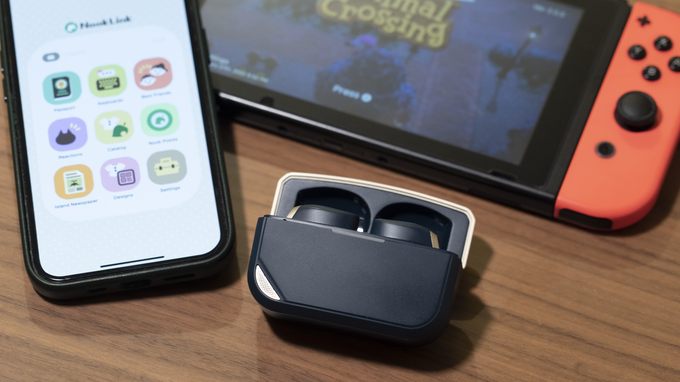 Gaming headsets are an essential bit of kit in any gamer’s arsenal, but they can feel a little bulky during long sessions. Luckily, these new crowdfunded wireless earbuds from Genki could be the perfect solution for anyone that prefers the smaller form factor of a pair of in-ear headphones.

There are already lots of true wireless earbuds on the market for gamers to choose from, but the Genki Waveform Wireless Earbuds come with a special trick that could make them perfect for gaming: they’re the first wireless earbuds that can play audio from two devices at the same time.

That means you could be playing a game on your PC and take a phone call through the earbuds, while still being able to hear your gameplay – or, you could sneakily listen to music from your smartphone while attending a boring Zoom meeting on your laptop.

As Genki points out on the earbuds’ Kickstarter page, this DualStream feature could be particularly useful for Nintendo Switch players. To engage with voice chat on Switch games, you need to have a smartphone wirelessly tethered to the console via Wi-Fi using Nintendo’s Switch Online app. The Waveform Wireless Earbuds would allow you to connect to your smartphone and your Switch at the same time, and hear audio from both devices as you play your game.

The earbuds also come with aptX Adaptive for hi-res audio support, low latency to avoid lag between your games visual and audio output, and a 30-hour battery life. According to the company, 10mm dual hybrid drivers should deliver deep bass and a “rich soundstage without distortions”, while noise cancellation means you should be able to block out some of the outside world as you game.

Are these earbuds as innovative as they seem? 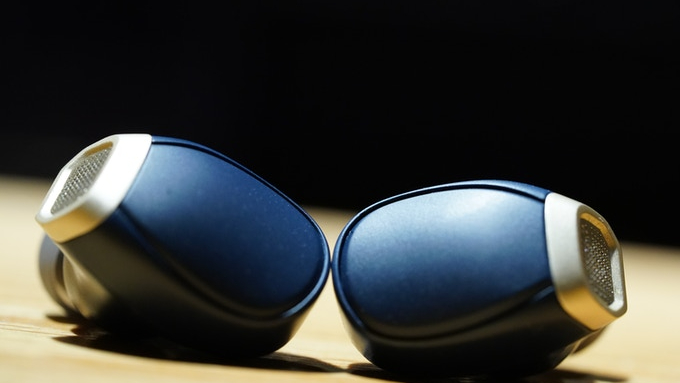 While there are wireless earbuds that are capable of connecting to two devices simultaneously thanks to multipoint Bluetooth pairing, we aren’t aware of any that can play audio from two separate devices at the same time, which makes the Waveform Wireless Earbuds a very exciting prospect.

Saying that, even the Genki earbuds aren’t capable of natively delivering two Bluetooth streams simultaneously. For the DualStream feature to work, you’ll need to connect the earbuds’ charging case to one of your audio devices via a cable. Like the Bowers & Wilkins PI7 true wireless earbuds, this means the charging case acts as an audio retransmitter, and allows you to connect wirelessly to devices that may not even come with Bluetooth support.

That may not be quite as impressive as a pair of earbuds that can play audio from two devices without needing any kind of physical connection, but it should be easy enough to hook the charging case up to one of your devices, with AUX, USB-C, and Lightning connectivity supported.

Before you rush to buy the Genki Waveform Wireless Earbuds, it’s worth bearing in mind that they’re part of a crowdfunding campaign – and that means there’s no guarantee that they’ll actually come to market. Still, Human Things – the company behind Genki – has a good track record when it comes to crowdfunding, having launched a number of products this way in the past.